Since I started using Final Cut Pro some six years ago, I have always been a plugin enthusiast. I wanted to know all my available options for taking my projects from ordinary to extraordinary. One particular group of plugins have always provided me with limitless potential to do that and that was the plugin offerings of Noise Industries. With that, I was exposed to many great plugin developers who could take my edits to the next level. There was one developer who always stood out to me and that was Luca Visual FX. With their plugin offerings inside and outside of the FxFactory engine, I have enjoyed efficiency and client pleasing edits. Besides their great plugin offerings, I was also first exposed to concept of using Light Leaks and Film FX motion graphics to enhance an edit at a moments notice. By dropping just one or more of their movie clips, I could change a piece of footage into something much more than it was intended to be.

Best part about Luca Visual FX is how their products are created from the ground up. The developers start with a blank canvas for all their products and use their skills and creativity to engineer what you see today. And that’s why their products stand out above the rest. One thing I always do is keep all the freebie Luca plugins on a flash drive for when I go to other FCP machines so I can enjoy the benefits on using the variety of transitions and filters that are available. A lot of my clients are fans of the Flash Transition as well as the Flicker effect that’s available in the freebie downloads section here. Luca Visual FX also has some of the best quality customer service I’ve ever dealt with. About a year ago, I had purchased some Film FX motion graphics from them and ran into a snag trying to download them to my external hard drive. Not only did they alleviate the problem, they went out of their way to make sure my experience with the purchased items were everything I paid for.

One of the major accolades Luca Visual FX has achieved is being one of the few companies to take motion graphic items such as film leaders, light leaks and sprocket slips and turn those into plugins that users can modify and create their own versions in programs such as Final Cut Pro, Motion and After Effects. It was unheard of to see such items in plugin form until Luca Visual FX took a stab at it. Since Luca Visual FX has done this, users are no longer limited to just stock footage libraries anymore. They now have the ability to create various presets and rendered movies to use in their projects which they can use to expand their libraries. 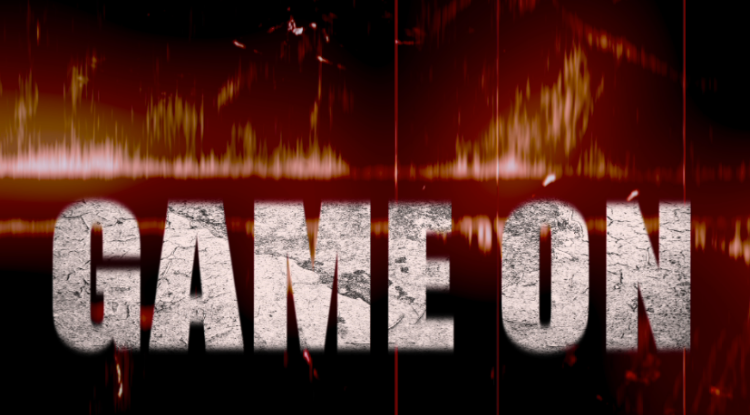 Over the last few months, I’ve had the opportunity to test drive products like Modern Transitions Volume 1 and more. If you haven’t seen it yet, take a look here. I truly believe this is a must have product to add to your editing arsenal and I can already see the opportunities in future projects to use these transitions. I took it upon myself to commission a set of comprehensive tutorials explaining the intricacies of Luca Visual FX plugin line because I believe there was more to them then meets the eye. You can watch the tutorial I did on Film Leaders here. More tutorials on other plugins will be available in the coming months.

Last but not least, Luca Visual FX is running a contest which you can participate by going here. If you are a Luca Visual FX enthusiast or an editor that likes showing off your competitive spirit, I would encourage you to participate and try to win one of the many prize offerings they have.

Overall, if there is one company I would invest in for plugins and motion graphics it would definitely be Luca Visual FX. For what their products offer to post production users, you can’t go wrong. But don’t just take my word for it, visit www.lucavisualfx.com and follow them on Twitter @lucavisualfx for news, tips and updates. More amazing products are sure to come and you don’t want to miss out.

A little over a year ago, I came across a site which sold royalty free stock footage elements and After Effects templates at a great rate. They are Rampant Media Design. As a fan of many popular royalty free sites such as Digital Juice, Videohive and Artbeats, I knew I was in for treat for when I looked at this one. The brainchild of awarding winning editor/motion graphic artist Sean Mullen and friends, they have set out to become one of the fastest rising royalty free stock elements companies in the U.S. Since their inception, they have expanded their product line to include many more items. They now sell sound effects, royalty free music tracks and stock elements that can enhance your videos in seconds. Best part is their motion graphic elements are shot in 1080p HD-4K using RED cameras which give them great resolution for tackling SD and HD projects. On more than one occasion, I can personally say their products have saved my ass. Projects I’ve worked on we’re always missing a certain element to be complete and the minute I went to my vast Rampant libraries, I found the missing piece of the puzzle. Below are a few of examples of where Rampant elements took my projects to the next level.

Since meeting the people behind Rampant Media Design at NAB in April, I’ve enjoyed a great relationship with company and have been a frequent supporter on the social media front from sharing their posts on Facebook to retweeting any and all of their tweets on Twitter. Also, in the near future I plan to contribute to their growing collection tutorials with the likes of Kevin P. McAuliffe, Casey Faris, Josh McDarris and more. Overall, I can say this with all honesty that whenever they introduce a new product, I’m just thinking how soon until I add it to my expanding collection. So if you are ever in a creative jam and need that one element that would complete your project, I suggest that you check out Rampant Media Design. Once you do that, I guarantee you’ll run Rampant with creativity and receive great client satisfaction. If you don’t believe me take a look at some of these great product promos below. #RunRampant